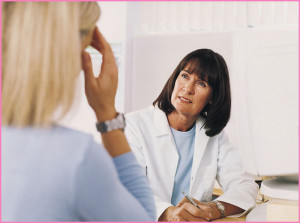 What Is Postmenopausal Bleeding?

Women with postmenopausal bleeding should always see a doctor, in order to rule out serious medical problems.

Bleeding can occur in postmenopausal women for several reasons. For example, women who take hormone replacement therapy may have vaginal bleeding for a few months after starting the hormones. It is also possible a woman who was believed to be in menopause may ovulate. If this occurs, bleeding may also occur.

Bleeding may also develop due to thinning of the vaginal tissues. This is common in women who are postmenopausal. Thinning often develops due to a decrease in estrogen.

The Symptoms of Postmenopausal Bleeding