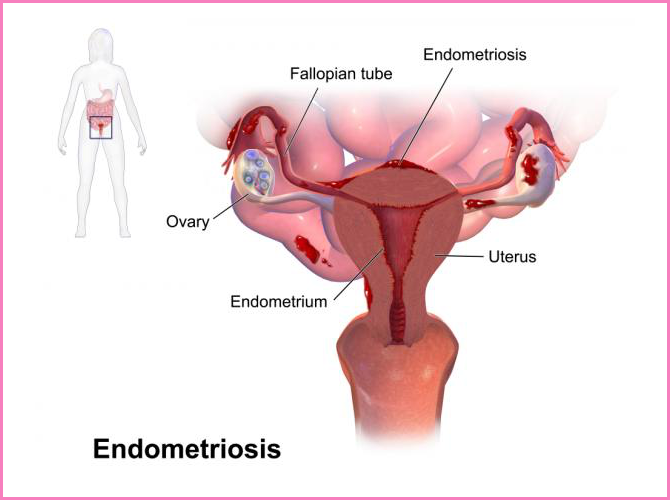 Endometriosis is a hormonal and immune system disease in which cells similar to that which line the uterus (endometrium) grow outside the uterine cavity, most commonly on the membrane which lines the abdominal cavity, the peritoneum. The uterine cavity is lined with endometrial cells, which are under the influence of female hormones. Endometrial cells in areas outside the uterus are also influenced by hormonal changes and respond in a way that is similar to the cells found inside the uterus. Common symptoms of endometriosis are pain and infertility. The pain often is worse with the menstrual cycle and is the most common cause of secondary dysmenorrhea.

Endometriosis is typically diagnosed during the reproductive years, but has been diagnosed in girls as young as 8 and has been found to continue past menopause; it has been estimated that endometriosis occurs in roughly 4–10% of women. Symptoms may depend on the site of active endometriosis.

There is no cure for endometriosis, but it can be treated in a variety of ways, including pain medication, hormonal treatments, and surgery.