The tissue that lines inside uterus is known as the Endometrium. Endometriosis is a condition that occurs when tissue similar to the inside lining of the uterus is found outside of its normal location. It most commonly involves in ovaries, bowel or the tissue lining pelvis. Rarely, endometrial tissue may spread to pelvic region.

Most common symptoms of endometriosis include: 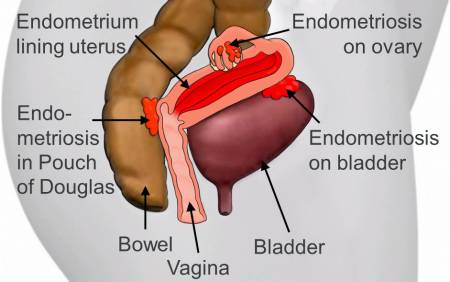 The reason for the cause of endometriosis is explained by most accepted theories: