If you bleed in early pregnancy it does not always mean that you are having a miscarriage?

Bleeding during pregnancy is relatively common, but it can be a dangerous sign .In early pregnancy you might get some perfectly harmless light bleeding, called “spotting”. This is when the developing embryo plants itself in the wall of your womb. This often happens around the time that your first period after conception would have been due.

Causes of bleeding in early pregnancy

During the first 12 weeks of pregnancy, vaginal bleeding can be a sign of Miscarriage or Ectopic Pregnancy or Molar Pregnancy .However, many women who bleed at this stage of pregnancy go on to have normal and successful pregnancies

Miscarriage Because miscarriage is most common during the first 12 weeks of pregnancy, it tends to be one of the biggest concerns with first trimester bleeding. About half of women who bleed in pregnancy eventually miscarry, but that doesn’t necessarily mean that if you’re bleeding you’ve lost the baby. 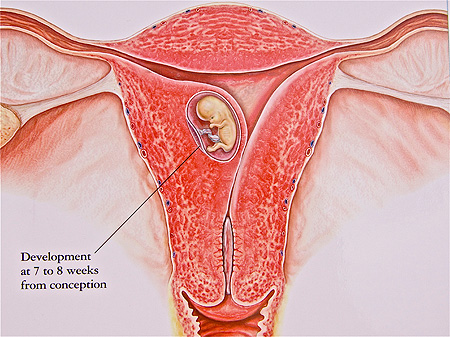 Molar pregnancy (also called gestational trophoblastic disease). This is a very rare condition in which abnormal tissue grows inside the uterus instead of a baby. In rare cases, the tissue is cancerous and can spread to other parts of the body.

Uterine fibroids: Uterine fibroids are masses of compacted muscle and fibrous tissue, which can be found inside or outside the uterine wall. They can be either problematic or unproblematic during pregnancy — it mainly depends on the location of the fibroids and if they grow or not. Experts aren’t sure why, but pregnancy hormones can cause fibroids to shrink or grow. – See more at: http://www.bellybelly.com.au/pregnancy/bleeding-during-pregnancy/

Changes in the cervix: The cells on the cervix often change in pregnancy and make it more likely to bleed, particularly after sex. These cell changes are harmless, and are called cervical ectropion. Vaginal infections can also cause a small amount of vaginal bleeding 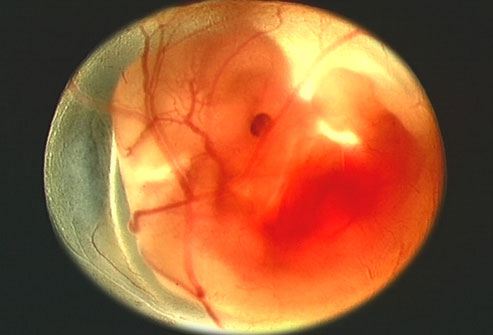 Placenta Praevia :Low-lying placenta (or placenta praevia) is when the placenta is attached in the lower part of the womb, near to or covering the cervix. This can block your baby’s path out of your body. The position of your placenta is recorded at your anomaly scan.

Vasa Praevia : A rare condition where the baby’s blood vessels run through the membranes covering the cervix. Normally, the blood vessels would be protected within the umbilical cord and the placenta. It should be suspected if there is bleeding and the baby’s heart rate changes suddenly after the rupture of the membranes.

A show: The most common sort of bleeding in late pregnancy is the small amount of blood mixed with mucus that is known as a ‘show’. This occurs when the plug of mucus that has sealed the cervix during pregnancy comes away. This is a sign that the cervix is changing and becoming ready for labour to start. It may happen a few days before contractions start or during labour itself.

Contact Dr. Sarah Hussain immediately if you have any amount of vaginal bleeding before 37 weeks or vaginal bleeding accompanied by abdominal pain. She will monitor your case and provide you the best solution.

Fertility depends on the production of a sufficient number of healthy, motile Sperm by the male, delivery of those cells into the Vagina, successful passage of the Sperm through the Uterus and into the fallopian tubes, and penetration of a normal Ovum (egg) by one of the sperm. A successful Pregnancy also requires that the fertilized ovum subsequently become implanted in the lining of the female uterus. A problem at any one of these stages can result in a couple’s infertility.

What are fallopian tubes? How do they help achieve pregnancy?

The female reproductive system includes two fallopian tubes, one on each side of the uterus. These flexible, trumpet-shaped tubes extend to the surface of each ovary. When the ovary releases an egg, finger-like projections at the flared end of the tube catch the egg. It is there, in the tube, that conception occurs if the egg meets sperm and becomes fertilized. Tiny hairs inside the tube’s lining push the resulting embryo (fertilized egg) out of the tube and into the uterus where it implants and grows 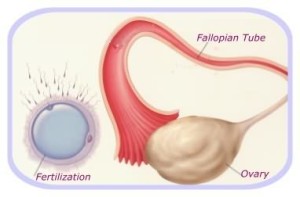 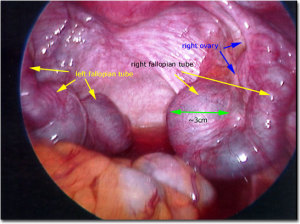 There are two types of cells within the fallopian tubes. Ciliated cells are most abundant in the infundibulum and ampullary. Estrogen increases the production of cilia cells in the fallopian tubes. Scattered between the ciliated cells are peg cells which produce tubular fluid. This fluid contains important nutrients for both sperm, oocytes (ova), and zygotes (fertilized ova). The secretions also promote capacitation of the sperm.  Progesterone increases the number of peg cells. Estrogen increases the height and secretory activity of the peg cells. In addition, tubal fluid flows against the action of the cilia, near the fimbriated end. Not only is progesterone and estrogen balance vital to the menstrual cycle overall, but it is vital to the health and proper function of the fallopian tubes as well.

Damaged tubes may present in the following ways:

There are both Surgical and Natural ways to improve the fallopian tubes’ functionality. For better suggestion and appropriate treatment, please contact Dr. Sarah Hussain, who specializes in treating such disorders and to identify potential causes and possible treatments — for infertility.

Pre-menstrual Syndrome means days of emotional distress and physical pain because of change in levels of hormones, such as estrogen and progesterone, but new research confirms that it could also have effects on women years later.

Some of the effects includes:

How to reduce the impact of PMS?

Food Items with Vitamin b are:

During last decades some observations confirmed that a very low or very high body weight could create disorders of the menstrual cycle, infertility and reduce fertility. Women’s weight and body composition is significantly influenced by the female sex-steroid hormones. So there is a correlation between obesity and menstrual cycle.

Some of the gynic problems that relates with weight are:

Are you nearing the age of menopause? Well then you should read this article carefully and be more aware about all the facts and myths that surrounds about menopause.

During the menopause, everything in the body goes through changes, right from the bones to the heart. Menopause is a difficult time in every woman’s life. The symptoms of menopause appears due to the decreased production of estrogen from the ovaries.

Have a look at 11 vital facts, every woman ought to know about menopause.

If you have concerns or Queries about symptoms and treatments related to menopause, contact Dr. Sarah Hussain– Specialist in Gynaecological Solutions.